About FOTB
IT'S THE FUTURE 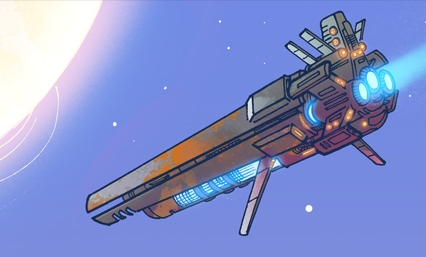 But don’t worry. A lot’s still the same.

No evil Empire. No oppressive theocracy. No galactic struggle. The government’s too bureaucratic for all that noise.

The Binturong is a mechanic ship with a crew of four. In the heyday of interstellar repairs, if your ship needed fixing, rigs like The Binturong would come to you, make repairs, and send you on your way.  Nowadays, newer ships (along with most technology made in the last few years) have self-diagnosing AI that assesses, isolates, and self-repairs. It makes for safer, further space travel (and longer unemployment lines).

Flight of the Binturong is a once-a-week comic, which will update every Tuesday.

Inspired by the works of James Cameron, John Carpenter, and Joss Whedon, we’re hoping to bring you a comic that invokes that old feeling of cool, gritty space, while hopefully taking you on some new, exciting adventures.

Flight of the Binturong is written and created by Sal Crivelli (Garth Kirby & the Cookbook of the Gods), drawn by Nicolás R. Giacondino (Free Mars) and colored by Pedro Figue, in conjunction with Outland Entertainment.

The Binturong is a large, orbiting repair vessel. A binturong is a civet, or a medium-sized mammal. They eat fruit like grapes and bananas and smell like buttered popcorn. They’re considered endangered. 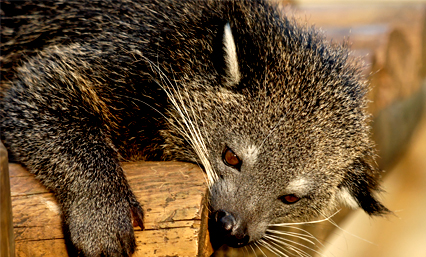