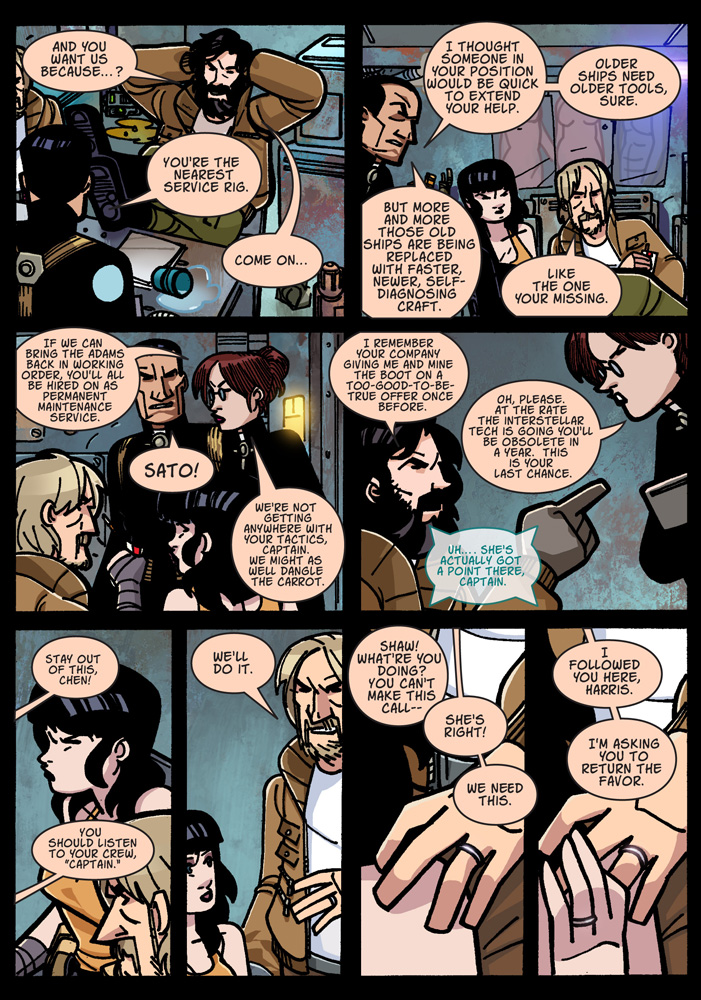 I was so excited to write this scene. And when Nic sent back the page, it was better than I planned. Love that final panel. I think it seals the deal, and gives us a full understanding of these two.

There’s obviously a power struggle going on here between Captain Reis and the secretive NAV Corp rep, Lilian Sato. I thought I might go into that a little bit, just in case inquiring minds would like to know.

NAV Corp is the company that creates and builds everything for Earth. Being the only company, their influence over the very infrastructure of our economy is something that can’t be ignored. The term “Too Big to Fail,” is laughable when compared to how deep in bed NAV Corp is with the feds.

This relationship makes hardcore feds (like Captain Reis) a little more concerned than most about how much influence a single company has over laws and politics.

Anyway, that’s the gist of it. I don’t want to get too wordy about the ins and outs of how the government works. To our friends on The Binturong, there’s no distinction, they’re all the same, and there’s no trusting anyone from that side of the table.