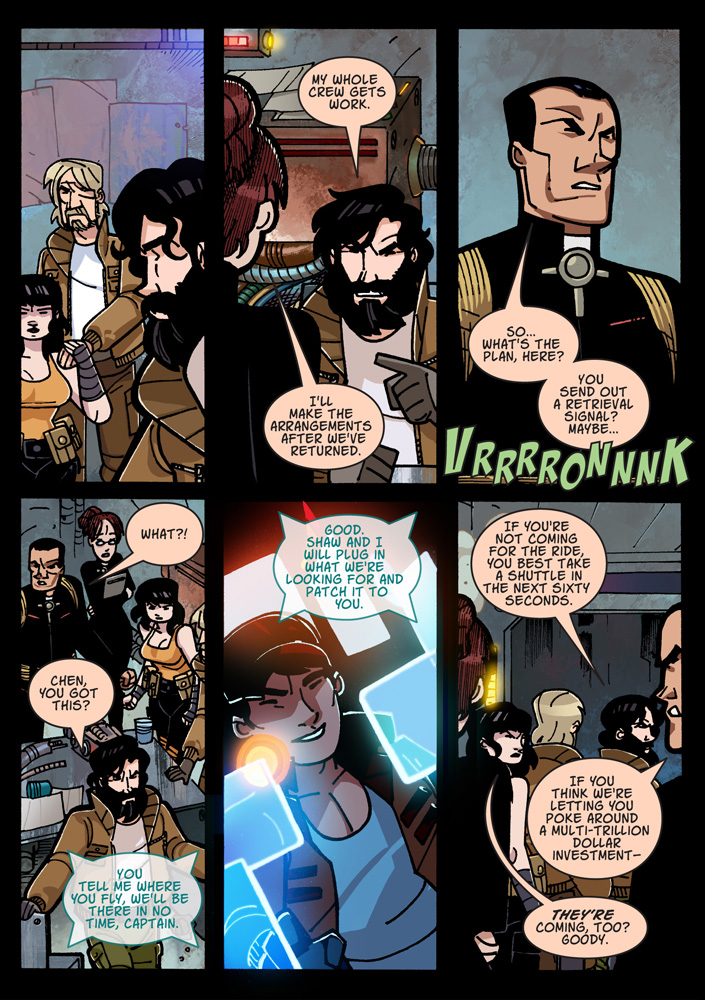 Update 11: Going for a Ride

I’ve been reading Brian K. Vaughan and Fiona Staple’s SAGA since about a month or two after its release, and it’s been such a spectacular ride. I’ve been a big fan of Vaughan’s writing before, but I’d never seen Fiona Staples’ art. She has such a familiar style, but it’s so original and captivating, I find myself just leafing through the book a few times just to take in the art. Chapter Sixteen’s cover keeps drawing my attention, and I don’t give a crap about the only characters featured therein. That should say something, in and of itself.

I have an idea I’d like to try to flesh out the more peripheral universe of Flight of the Binturong in the form of a podcast, and I think an improv actor would do a fabulous job. I had two ideas about actors, and ultimately I think a female actress would be the most fun. This is, of course, speculation right now. I have no real, solid plan at the moment, but I’m hoping to have something fleshed out in 2014. In the meantime, we’ve got the comic coming out every Tuesday, you’ve got an RSS feed, and I’m trying to do something interesting with the Tumblr.

I know I mentioned this on Twitter, but we’ve got a TVTropes entry up and for your reading pleasure.