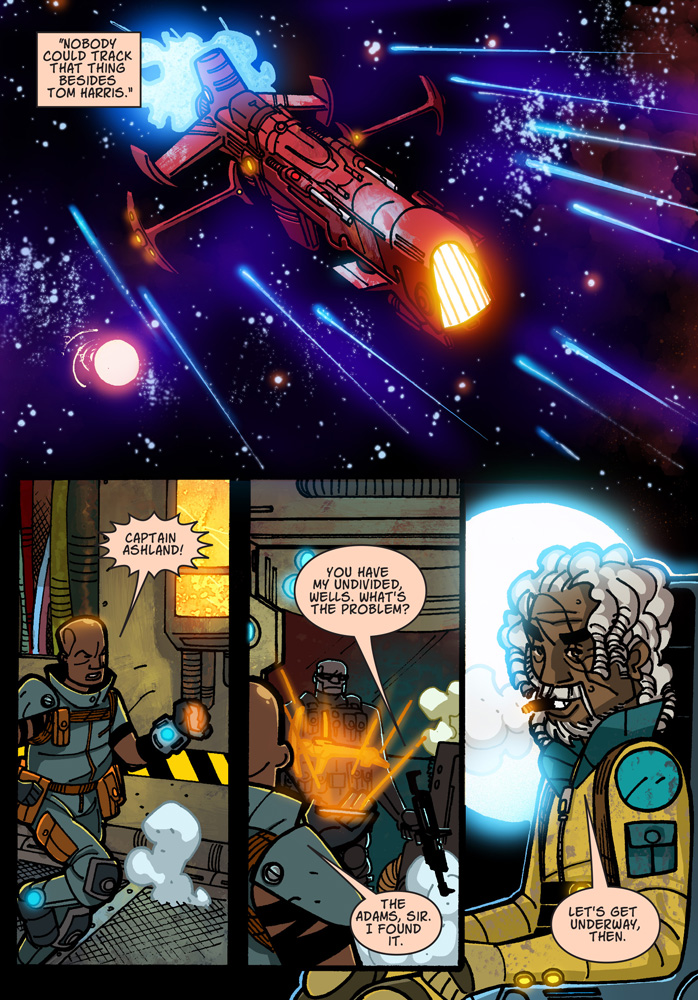 If anyone wondered where all the space pirates were in our merry scifi adventure, these are they! Enter: The Bone Skipper.

A lot of thought went into Captain Ashland’s suit (along with everyone else’s, for that matter). I wanted these suits to look like some standard, almost commercial airline issued spacesuits. The idea being back in the day, spacesuits were complimentary with purchase of your starship. In the case of folk like our Binturong crew, those suits are pretty heavy-duty since they’re involved with deep-space repair. It’s got to be durable, hearty, Rubbermaid type stuff. Ashland’s a lot older than the crew of The Binturong, and he doesn’t really concern himself with trifles like how current his spacesuit looks. As a result, I wanted his suit to have a dated quality to it, like it clashed with modern styles and times.

I also liked the idea that the suit wasn’t “cool.” It would have been easy for Ashland to have little circular sunglasses and a cool, leather coat. Our guy has a lot more going on below the surface, as I hope you’ll soon find out.