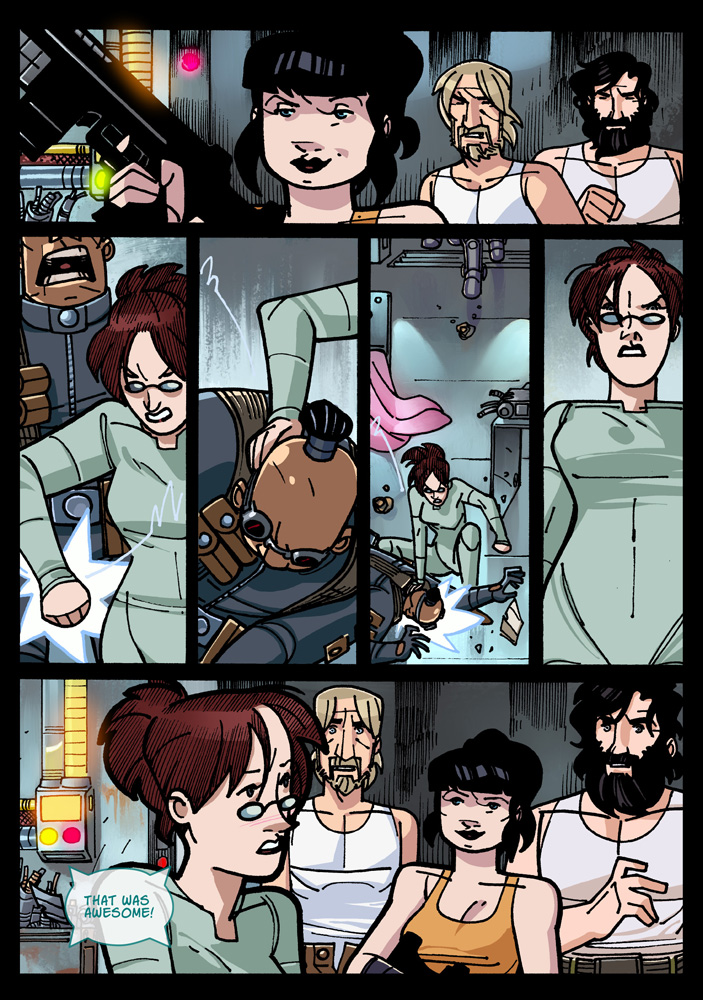 I love that look of approval Sam gives in Panel 1. Apparently that’s the way to win her over. Kick someone’s ass handily = respect.

I decided to drop the sound effects for the rest of the fight in part because you have so many in the first one. For another, I had them initially and it just looked too silly. Things like “SMASH!” and “PUNCH!” They simply don’t belong in this kind of comic, so I decided to let the action speak for itself. Thankfully, the art is pretty spectacular, so I can hang my hat on that.

We gained a few more Facebook friends this week! Just wanted to extend a hello and welcome to any newcomers, for whom this update is their first comic. And for those who read the comic regularly, you have my unending gratitude, as well.

We reduced the pixel size for all updates, which should account for a big reduction in load-times for many of you. We’ve received some suggestions that include reducing the entire page size, which I’d be happy to do if it didn’t completely change the way the site’s organized right now. We’re actually working really hard on a responsive version of the site, which might allay some of those concerns and issues. But I’m always open for constructive crit and suggestions, so please feel free to let us know what you think.