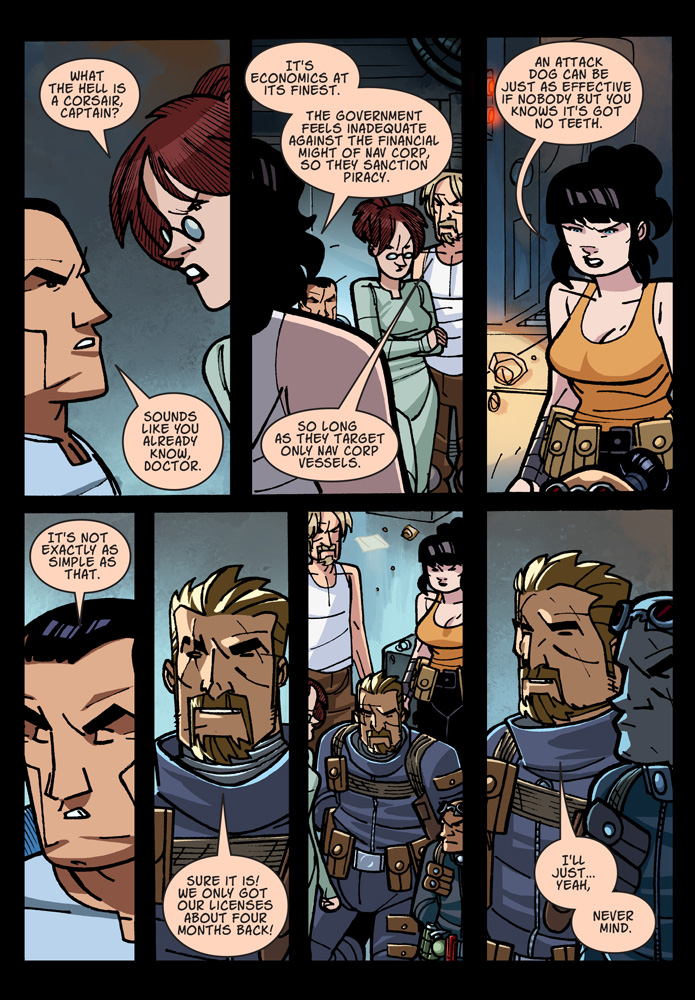 I love the Wolf Pack. These guys have a future, I think. I’d love to see a spin-off series about this guild of corsairs who think they’re a lot more capable than they really are. I can imaging how those guild meetings would go…

I also love that first panel. For me, it really showcases that conflict between NAV and the Gov’t.

There’s going to be a trailer for Guardians of the Galaxy today, I hear. It’s a Marvel movie, which has me excited. But in anticipation for its release, they put out just a very small sampling of stills from it. I read the first volume of the last series called Guardians of the Galaxy, I’m reading the current series by Bendis, and it’s a lot of fun. It’s very Marvel, and intimately woven into its universe. For the movie, I’m expecting something to capture more of Marvel’s essence than its continuity (I’m thinking more Iron Man in tone, than Thor having a cameo). 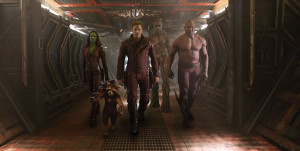 But that first image of the gang caught my eye. Not just because it shows a high-res version of the gang all together, though. No, I like the interior of the ship around them. You can tell it’s a ship from the aesthetic. And because it looks like the interior of something built by Weyland-Yutani. It’s lived-in. It’s dirty. Even the wide shot of the starship whizzing through the sky shows you’re on an alien world. The ship itself is foreign. This looks like it could be the kind of high-flying space adventure movie I’ve been waiting to see for a long, long time. If you hadn’t noticed, that’s something that means a lot to me.