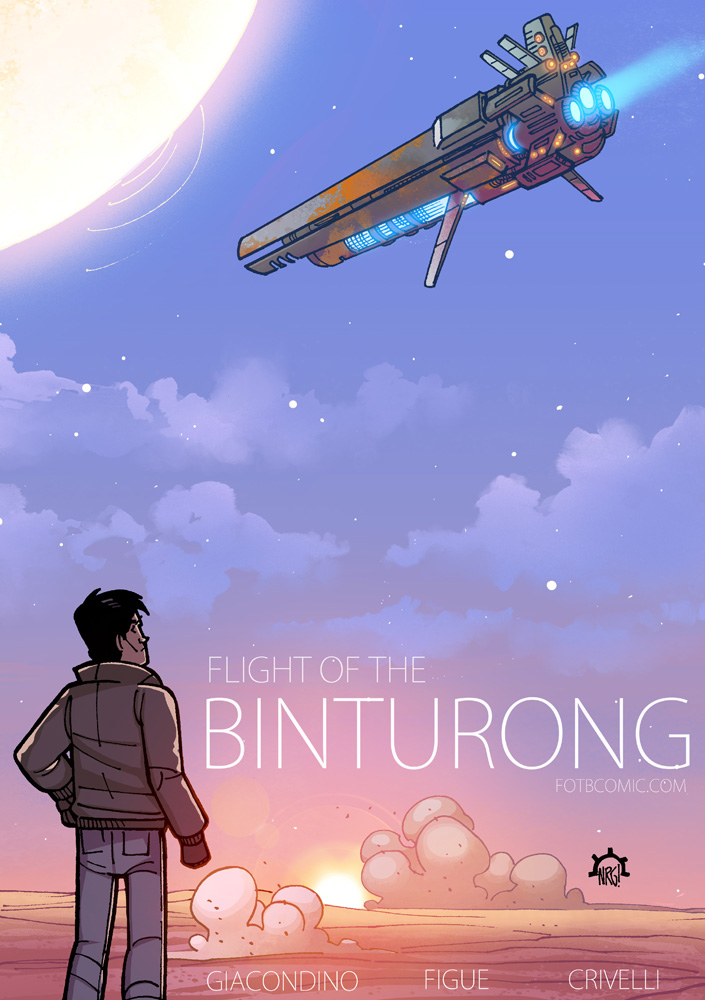 I don’t by any stretch consider myself a comic “pro,” but I have had a fair amount of experience working with, and convincing people to read, comics. For instance, I know about that crucial pitch when you’re trying to explain a concept or, in my case, sell someone on it (usually a publisher). One thing people immediately respond to is comparing your concept to another commercial (usually successful) property. “It’s like Hook meets Blade Runner!” It cuts down the talking time, and elevates your idea to something that’s already been well-established and commercially viable. It paints a loose picture in their head so they can wrap it around your concept faster, which is what’s important in the pitch world.

Aside from the negative thinking of distilling your OP into a mash-up, I wonder if there’s any fear in self-fulfilling prophecies, where you compare your idea to another property for so long, eventually it starts to resemble it. Maybe you unconsciously adopt aspects from those comparisons to the point where it resembles that property just a little too closely. I’m really sensitive to that fear, so I try very hard to make it as true to what I want to see as possible, and deviate sharply when it looks like we’re headed into too-familiar territory.